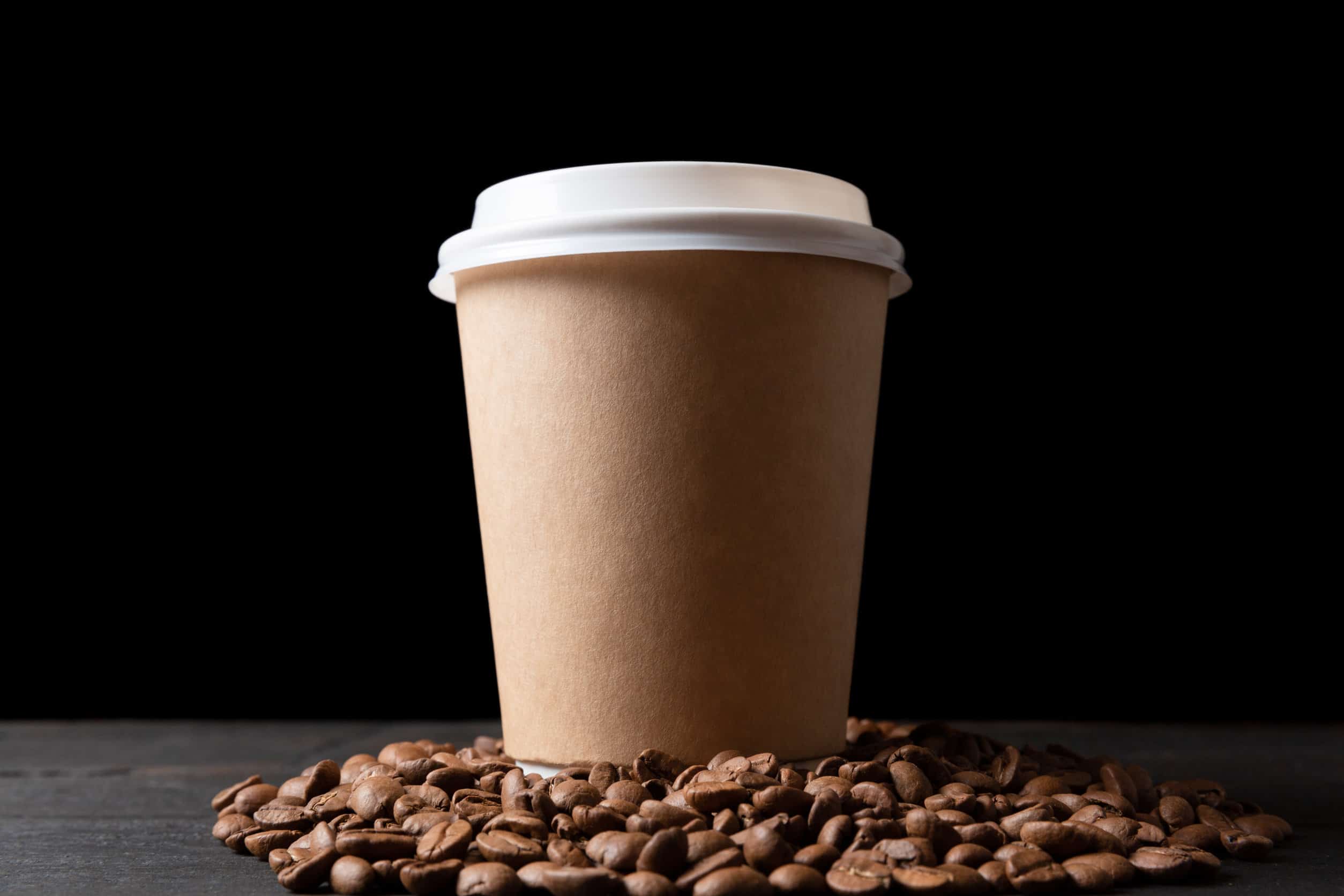 In the south, few restaurants are held in higher esteem than Waffle House. Whether you’re moving to the south or just passing through, you might stop at a Waffle House to fuel up for your travels. The coffee caught you off-guard, as it’s very tasty. What type of coffee does the breakfast restaurant use?

Waffle House uses Royal Cup Coffee, which is the same coffee supplier as rival breakfast chain IHOP. Royal Cup Coffee is an award-winning coffee brand that was founded in 1896. Their website sells coffee blends for home brewing, but it’s pricy.

This article will unpack everything there is to know about Waffle House’s coffee, from where it comes from to what’s on the menu and what you might pay to fulfill your caffeine needs at this restaurant. Make sure you keep reading!

What Type of Coffee Does Waffle House Serve at Its Restaurants?

From waffles to burgers, sandwiches, and everything in between, no meal at Waffle House feels complete without a steaming hot cup of coffee to go with it. After one sip, you were stunned at how tasty the coffee is. Where does Waffle House get its coffee?

Unlike some of the restaurants we’ve talked about lately like Panera Bread that brew their own coffee, Waffle House uses Royal Cup Coffee. That’s according to this page on their website.

Waffle House mentions that the coffee sourced to them comes from South and Central America. The restaurant only serves pure Arabica bean coffee that grows in the volcanic soil in the above two locations.

The page continues that Waffle House has its own farms in South and Central America and that their staff will select only the finest coffee beans to go into their coffee.

Then the coffee beans are transferred to Royal Cup Coffee’s Birmingham, Alabama headquarters. The beans may be dried and/or milled before being sent to Waffle House restaurants throughout the south.

When the beans arrive, they’re ready for roasting. Waffle House notes on the above-linked page that they always roast their coffee beans at approximately 450 degrees Fahrenheit using a “customized roasting process that imparts a unique flavor and aroma.”

Then the coffee is served to you, the eager customer!

What is the Royal Cup brand? We won’t dig too deep into it, as we discussed Royal Cup in detail in our post about IHOP coffee. After all, as we mentioned in the intro, both IHOP and Waffle House source coffee from Royal Cup Coffee. That’s interesting considering the two restaurant chains are competitors!

Royal Cup Coffee is an Alabama institution. Founded in Birmingham by Henry T. Batteron in 1896, the quality of the coffee was so excellent that those who drank it said it was fit for royalty. Hence the name Royal Cup Coffee.

We mentioned in our article about IHOP coffee that Royal Cup had been associated with IHOP since at least 2011. It appears they were late to the party, as Waffle House has partnered with Royal Cup Coffee for 50 years as of 2021, according to this PR Newswire press release.

As we always say in this section, a person’s taste in coffee is completely subjective. However, Waffle House’s Royal Cup-sourced Arabica coffee is generally regarded as being quite delectable, like a hidden gem.

Some, such as this Reddit user, compared Waffle House coffee to Starbucks coffee and found the former more refreshing and tasty.

Arabica coffee is one of the most popular types of coffee in the United States, if not the most popular. It’s pleasing to more people’s palates, so of course Waffle House’s coffee would have such a sterling reputation.

Speaking of sterling reputations, as we touched on in the intro, Royal Cup Coffee is an award-winning coffee producer. This is something we covered in more detail in our article about IHOP coffee.

We won’t go over every award that Royal Cup has received over the years, as we already did. A few of the standouts you must know are the 2019 Zagat award of Top Coffee in Family Dining, the 2019 Pro Food World Manufacturing Innovation of the Year Award, and the 2016 Alabama Environmental Council Commercial Conservation Award.

Royal Cup’s reputation precedes it, which explains why even major chain restaurants like IHOP are eager to get their coffee from the manufacturer. Waffle House beat IHOP to the punch though, as the southern restaurant has a good 40+ years of partnership with Royal Cup Coffee compared to IHOP’s decade, as you’ll recall.

To recap then, Royal Cup Coffee has a fantastic reputation for its excellent coffee and the awards to back it up. This reflects well on Waffle House, as people can’t get enough of the breakfast restaurant’s coffee!

We’re happy to oblige! We must note that this is a sample Waffle House menu and that these items are not guaranteed. The menu may change depending on the Waffle House location as well as seasonality.

That said, here’s what you can expect to drink at Waffle House:

Are you still a touch thirsty? Outside of coffee, you can also enjoy these beverages on most Waffle House menus:

Although Waffle House has separate breakfast and lunch/dinner menus, their beverage menu does not change either way.

How Much Does Coffee at Waffle House Cost?

Okay, you have got to get your hands on a cup of Waffle House coffee today. You’re not too far from one of the restaurants, so you figure you’ll bring the whole family for a fun, filling meal.

Exactly how much are you going to spend on a cup (or several) of coffee from Waffle House?

Coffee starts at the very agreeable price of $1.80. Yes, that’s right, a cup of Waffle House coffee with beans from Royal Cup Coffee costs less than $2! Good luck finding comparable prices at any café in the neighborhood.

You can upgrade your coffee to a size large, usually for to-go orders. In that case, you’d spend $2.30, which is still ridiculously low-priced.

The restaurants that we’ve examined so far on the blog usually price their other beverages a little higher compared to their coffee, but not Waffle House. The drinks are all priced the same. Not only can you indulge in drinking coffee during your visit then, but the rest of your family can have refills too if they want!

Can You Buy Waffle House Coffee to Brew at Home?

You just got home from a meal at Waffle House and your tastebuds (and stomach) are certainly satisfied. A few days later though, you find yourself wishing you could have another cup of Waffle House coffee.

It’s not healthy to eat at restaurants all the time, so is there any way you can just buy the coffee? Indeed, you have two options here.

We discussed this in our post on IHOP coffee, but Royal Cup Coffee sells coffee through its website. You can buy flavors such as the European blend as well as decaf. If you’d rather buy whole beans so you can grind them yourself, those are also available.

The ground coffee comes in a variety of sizes, everything from two ounces to 16 ounces. At the lowest prices, you’d pay $8 for a bag of Royal Cup Coffee beans. The most expensive quantities are between $45 and $65. Yes, that’s quite costly!

Like many restaurants, Waffle House sells items outside of its 2,100+ establishments so you can enjoy their meals and beverages from the comfort of your own home. Those include waffle and hash brown mixes as well as packaged coffee.

You can purchase five packs of Waffle House coffee for only $10, which is a lot more reasonably priced than shopping through Royal Cup’s website. Each bag produces one pot of coffee, says Waffle House, so that’s enough for an entire week.

For those who live, eat, and breathe coffee, the Coffee Lover’s Bundle is what you’re looking for. The bundle contains two Waffle House classic mugs and two boxes of Waffle House coffee single-cup coffee pods.

For the past 50 years, Waffle House’s coffee has proudly been provided by Royal Cup Coffee. Both companies are based in Georgia, so their professional relationship makes sense. The stellar reputation of Royal Cup Coffee means most people clamber for the stuff whenever they visit a Waffle House.

If it’s the same story for you, you can get your fix at any Waffle House restaurant or buy coffee directly through Royal Cup or Waffle House’s respective websites.