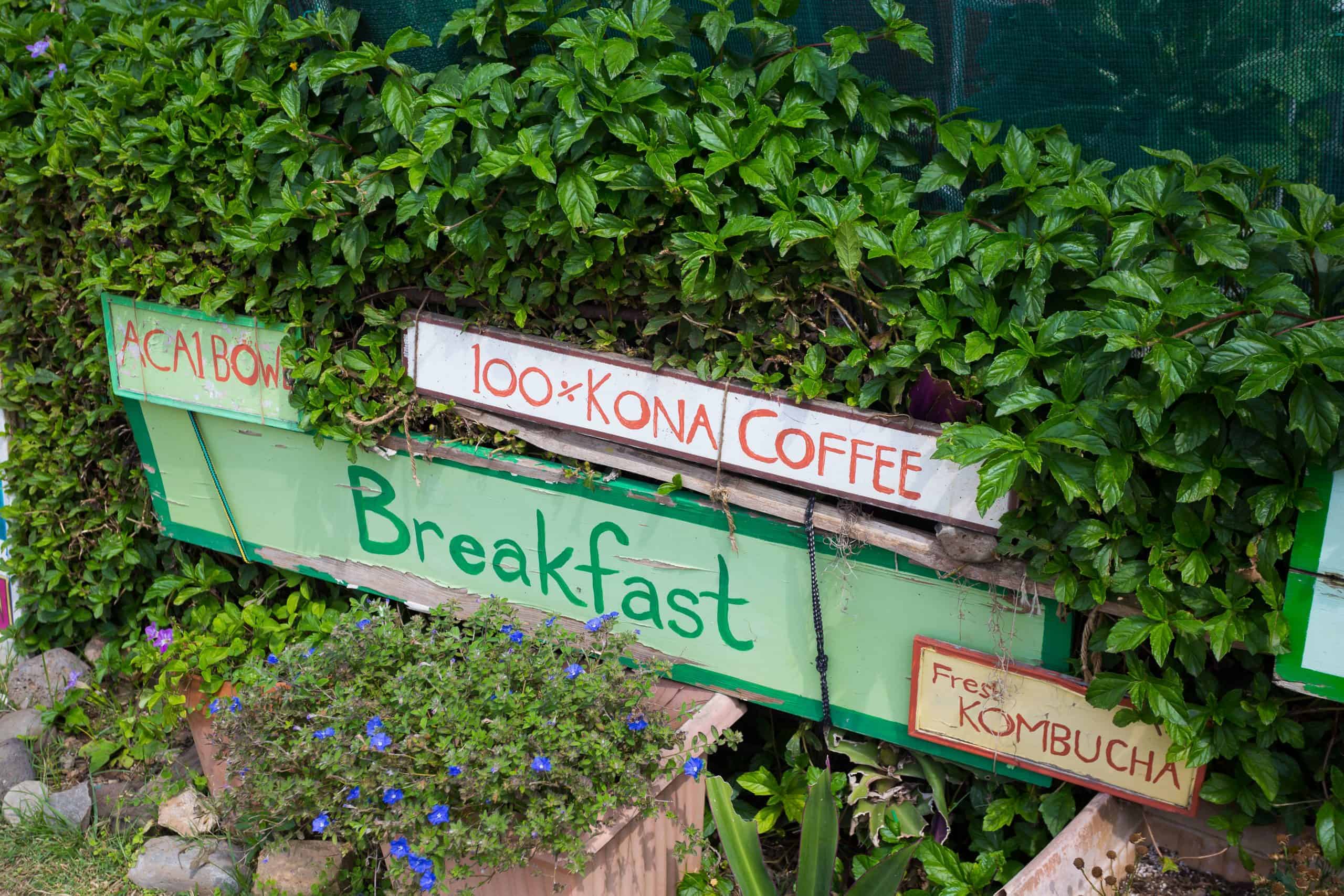 You adore the floral notes and flavors of honey and chocolate in a cup of Kona coffee. Drinking the caffeinated beverage puts a huge smile on your face, and you just can’t get enough. Yet since the price of this coffee is so high, you have no choice but to control yourself. You’ve always wondered, why is Kona coffee so damn expensive?

Kona coffee is expensive for the following reasons:

Keep reading for more information on why Kona coffee might be the priciest coffee in your cup, especially compared to other roasts. We’ll even talk about whether you can buy cheaper Kona coffee!

The price of Kona coffee is anywhere from $20 to $65 a pound, which is just outrageous to a lot of coffee drinkers. For those who have splurged though, they realize that Kona coffee is among the best of the best.

Is that why it’s so highly-priced? It comes down to four other factors that altogether make Kona coffee the unique, sought-after beverage it is!

Most coffee beans are grown all over the world because it’s more cost-effective this way. That’s not the case with Kona coffee beans at all. Not only are they harvested in only one part of the United States–Hawaii–but within Hawaii, a one-mile area is dedicated to growing and brewing the beans. This expanse of land is only 30 miles.

It’s known, quite appropriately, as the Kona Coffee Belt.

The beans that come from this small belt go into every cup of Kona coffee. If coffee beans are grown even a mile outside of the Kona Coffee Belt, then guess what? That cup you’re drinking is not authentic, 100-percent Kona coffee.

If you accept no substitutes, then you can already see why Kona coffee is in a league of its own.

As you might have guessed, with less land to dedicate to growing Kona coffee beans, that means there are fewer beans to go around. According to Big Island Coffee Roasters in Hawaii, between 2015 and 2016, the bearing acreage of Kona coffee was 6,900 acres. That led to 753,425 cups of Kona coffee in that year if each cup was eight ounces.

Between 2016 and 2017, the bearing acreage didn’t change, but the Kona coffee production did. The number of cups produced was only 714,275 cups, again if each was eight ounces.

Compare that to Robusta coffee production, with Robusta being another type of coffee bean. Since it’s produced all over the world, the production numbers are far higher, as this Statista chart shows.

Overall, Kona coffee comprises about one percent of all coffee worldwide. It’s not easy to come by at all!

When any item is rare, its price is usually far higher than a commonplace item. This is known as the scarcity principle. Under the scarcity principle, it’s acceptable to raise the price of a rare item that’s commensurate with supply and demand. That explains in part why Kona coffee is so damn costly.

In the Big Island of Hawaii’s South and North Kona Districts (yes, Kona coffee has its own districts in Hawaii) are Mauna Loa and Hualalai, two sloped volcanos with grounds ideal for growing Kona coffee beans.

Although Hawaii is technically a part of the United States, since it’s not attached to the other states, it’s not like imports and exports can be driven across state lines to arrive at their destination. Instead, the goods must be flown by plane or helicopter, which is more expensive.

Sustainability resource Smart Cities Dive writes that, around 2017, Hawaiian food imports to other parts of the US were as high as 90 percent.

This is a profitable business too. Another Statista chart reveals just how profitable. According to the data, in May 2020 alone, Hawaiian exports were worth $25.13 million, and Hawaiian imports up to $84 million.

Among the biggest contributing factors to the high price of Kona coffee is labor.

Producing Kona coffee is more intensive than other types of coffee. The volcanic soil must be rich with minerals, the wind must stay mild, and the weather must be cooperative, with some rain or clouds during the afternoons but sunny hours in the mornings.

The beans bloom between February and March. First, flowers grow that are known as Kona snow since the flowers are white. When April ends, berries appear that will become the beans themselves. It takes until close to the end of August for the beans to be ripened enough for harvesting.

At this point, the berries have become red and cherry-like, enough so that the berries might be referred to as cherries. Every berry–which will become a Kona coffee bean–is picked by hand, not only in August but through January.

Per tree, you can get about 15 pounds of berry. That translates to two pounds of Kona coffee.

Yet the beans can’t sit long once they’re picked. They need to go through a pulper in 24 hours or less. The pulper strains the beans through so no pulp is left. Next, the beans are left in a fermentation tank for around 12 hours.

Then they go through a rinse and dry on a rack called a hoshidana. The beans will spend at least one week and possibly two weeks drying out until their moisture level reaches 10 to 13 percent. Then they’re moved to parchment known as pergamino.

Between the hand-picking of the berries, the precision in the manufacturing, and all the time needed from picking to processing, you can see how a higher price for Kona coffee is justified.

Can You Buy Kona Coffee Cheaper?

If the high costs of Kona coffee have left you recoiling yet you’re still craving the delectability of that fruity, sweet cup, you might have one very pertinent question. Can you buy Kona coffee cheaper?

Yes, you can, and the product you’re looking for is called a Kona blend.

Let’s be clear on one thing: this isn’t 100-percent Kona coffee. Instead, as the name suggests, a Kona blend includes some Kona coffee mixed with Brazilian or Colombian coffee beans. Some manufacturers refer to this coffee as Kona style or Kona roast, but it means the same thing.

Does a Kona blend taste the same as a pure cup of Kona coffee? To be honest, not really. Since the Kona blend has a mere 10 percent of Kona coffee (or slightly over), its delicate floral notes get overpowered by the 90 percent Colombian or Brazilian coffee.

Your beverage will taste more like a sweeter version of Brazilian coffee than it will pure Kona coffee. The only way to get that flavor is by splurging for the real deal.

Kona coffee is admittedly expensive, priced at $20 to more than $60 per pound. Yet if you do a bit of math, you can rationalize buying some of this rare coffee.

If you have a seven-ounce bag, that will get you five to six full pots of coffee. Breaking down the math, per pot, the price of Kona coffee would be around $4.

Maybe Kona coffee isn’t something you drink every day (unless you have very deep pockets), but as a treat every now and again, it’s certainly worth it! After all, who wouldn’t want to say they’ve drunk the rarest coffee in the world? 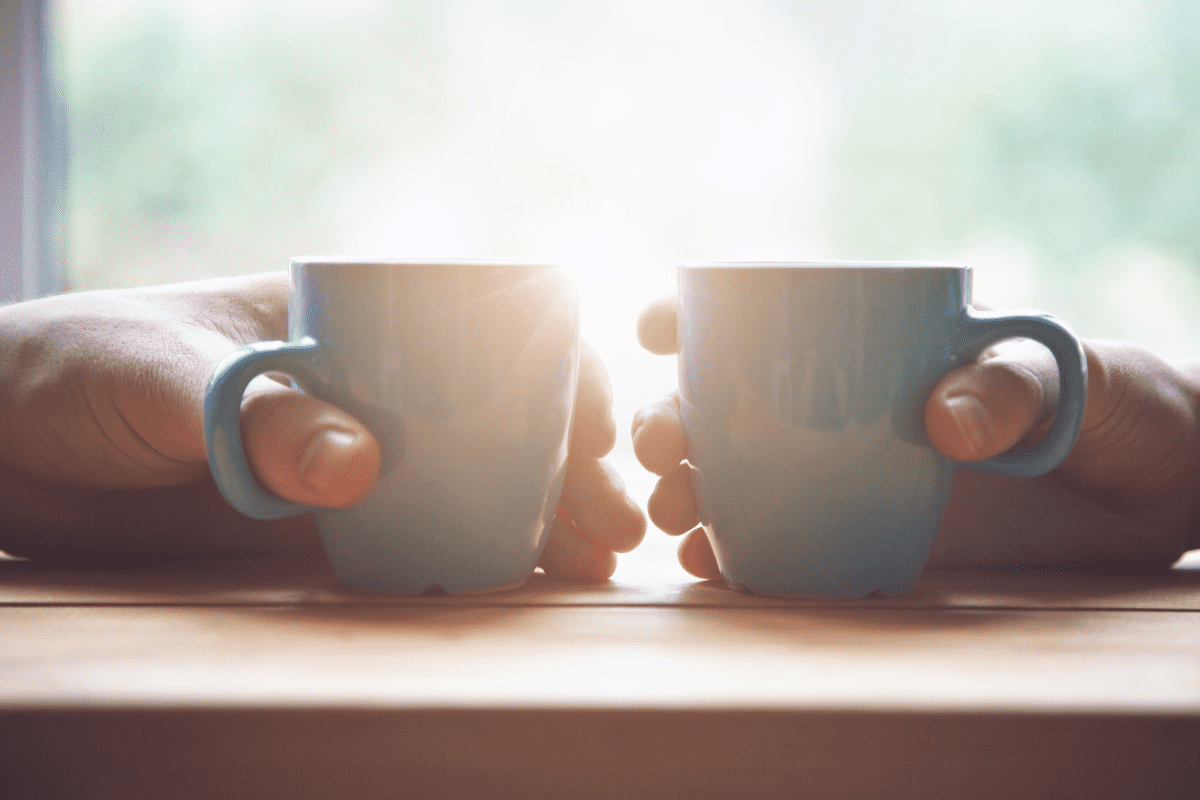 You try your best daily to brew that perfect cup of coffee, striving for just the right amount of sweetness, acidity, boldness, and flavor. Simply put, you want a balanced…

A common question I hear concerning coffee is, “What’s the difference between the three main coffee roasts?” There’s a lot of misconception about what the roasts actually mean. So today,…