You like a steamy hot mug of coffee in the morning, which has given you the idea that perhaps you should begin brewing your coffee with boiling water. This way, the java will be at the optimal temperature. Is this a good idea?

Brewing coffee with boiling water is not recommended, especially if you’re a coffee purist. The high temperature of the boiling water causes over-extraction of the coffee grounds, which makes them taste bitter. Keep the water temperature between 195 and 205 degrees Fahrenheit.

In this guide, we’ll discuss why you should forego brewing coffee with boiling water, so check it out. With the information we have to share, much more flavorful cups of coffee are in your future!

Why You Shouldn’t Brew Coffee with Boiling Water

If you’re brewing coffee with boiling water, it’s a habit worth stopping. Per the intro, let’s talk about the risks you could face each time you overheat the water used to make your brew.

When you sip your coffee, you might not taste water (at least if it’s a flavorful cup), but coffee is still about 98.75 percent water. That’s right, almost the entire beverage is water.

When you boil water and throw it all out of whack, you’re affecting 98.75 percent of your coffee. If you think the remaining 1.25 percent can overcompensate, just try a sip or two of coffee brewed with boiling water.

As we said earlier, what’s happening is that the scalding hot coffee (that’s at least 205+ degrees) causes the coffee grounds to extract too much.

The over-extraction makes your coffee taste terribly bitter. Remember, with how much water a typical cup of coffee is comprised of, no amount of cream, sugar, or milk is going to mask the awful flavor.

You’ll have no choice but to dump the coffee and brew it again, wasting time you don’t have in the morning.

You Could Burn the Coffee

If you’re boiling the water and the coffee grounds to brew them, you could have another unpleasant side effect: burnt coffee.

Perhaps you’ve been lucky enough to never have sampled burnt coffee before. If so, then allow us to tell you what it tastes like.

The flavor of burnt coffee is smoky, bitter, and ashy. If you think those three flavor profiles sound like they don’t go together, that’s because they don’t.

Just as you can’t improve the flavor of bitter coffee from boiling, once your coffee tastes burnt, there’s no way to improve its flavor either. You’ll have to dump this coffee down the sink as well.

What’s worse is that the burnt coffee might stick to your carafe. You’ll have to put some elbow grease and scrub until the residue is removed, which can take a while.

Coffee at a normal temperature of under 205 degrees is already considered scalding. Once you get into boiling hot territory, you’re at an even higher risk of injuring yourself when prepping or carrying your coffee.

If the coffee or boiling water spills on you, you could end up with very serious burns. You’d probably have to head straight to the hospital rather than the office that day.

It Takes Too Long to Cool and Drink

There’s yet one more risk of brewing coffee with boiling water that we want to go over, and that’s how long it takes for the beverage to cool down.

When you make coffee, you recognize that the drink has to cool, but you want to drink it within the next several minutes.

With boiled coffee, even after a few minutes elapse, the coffee will be so hot that you’ll end up burning your lips and throat if you try to drink it. You’ll have to wait, and wait, and wait for the coffee to come down to a reasonable temperature.

What Temperature Should Water Be When Brewing Coffee? How Do You Ensure the Correct Temperature?

You now know that over 205 degrees is too hot when making coffee, so what is the correct water temperature to use moving forward?

The water should only be between 195 and 205 degrees. It should never exceed 205 degrees to prevent that bitter flavor from coming through.

How do you know that the water is boiled to just the right degree? Many coffee machines can tell you what the water temperature is.

As a matter of fact, using a coffeemaker is sort of a failsafe measure for controlling water temperature. Most coffee machines will not brew past 200 degrees, which prevents you from sipping on a bitter cup.

Can You Ever Make Coffee with Boiling Water?

If you’re into the idea of boiling water and coffee, you can always stick to specialty brews. The following drinks are supposed to be made with boiling water, so they shouldn’t taste particularly bitter.

The first type of caffeinated beverage made with boiling water is Turkish coffee.

This beverage also requires grinding the coffee beans finely but not filtering them. You boil the coffee grounds, and the grounds remain in the coffee when you serve and drink it.

You can drink Turkish coffee in several ways, such as unsweetened, with a little bit of sugar, or a lot of sugar. Outside of sugar, ambergris, salep, mastic, and cardamom are used for sweetening the flavor of Turkish coffee.

Ambergris is a waxy substance, salep comes from Orchis tubers, and mastic is a type of resin from the mastic tree.

Although many more people prefer to use filter coffee machines, some of the more old-school among us might like to boil their coffee on the stovetop. This is also known as pan-boiled coffee.

Pan-boiled coffee usually takes some trial and error to get right, especially when working on a new stovetop, such as if you buy a new house.

Then there’s cowboy coffee, which should seem familiar if you read this blog. We wrote an introductory post on cowboy coffee here.

All you need is a flame, which you’d use to warm the water. The water will heat up but not quite reach boiling temperature.

Then you stir in the coffee grounds. By then, the water should boil, which you should let happen for two to three minutes.

After that, take the coffee off the heat, let it cool, and enjoy!

The coffee will often come out bitter and sometimes burnt. You could burn yourself handling very hot coffee, and it’s going to be a while before the coffee cools down to a drinkable temperature.

You’re much better off brewing your coffee between 195 and 205 degrees. Remember, water is nearly 99 percent of coffee, so getting its temperature right will produce a more flavorful cup every time! 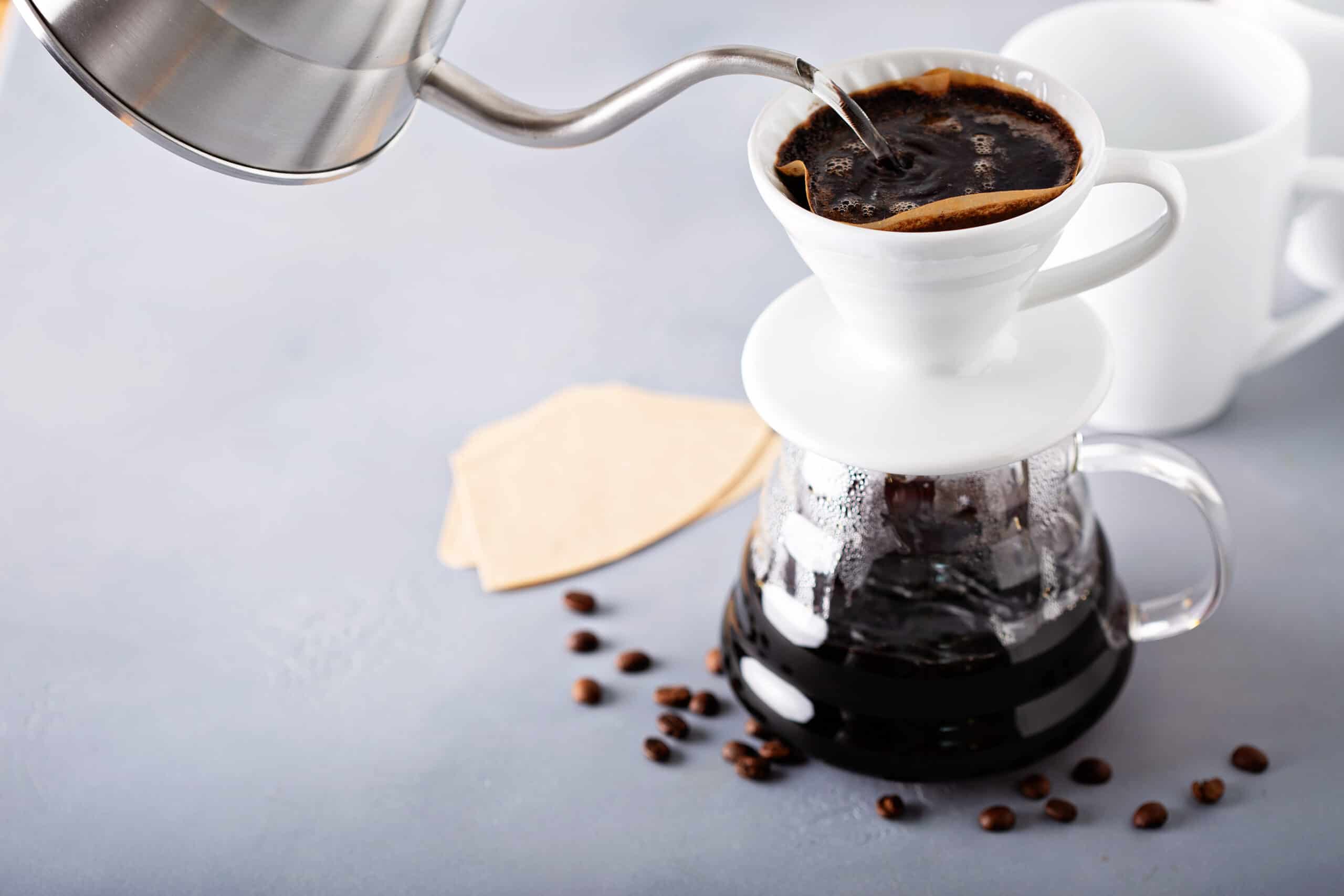 You love a good cup of pour-over coffee, but when you make it at home, it doesn’t always come out as good as when you visit the local café. You… 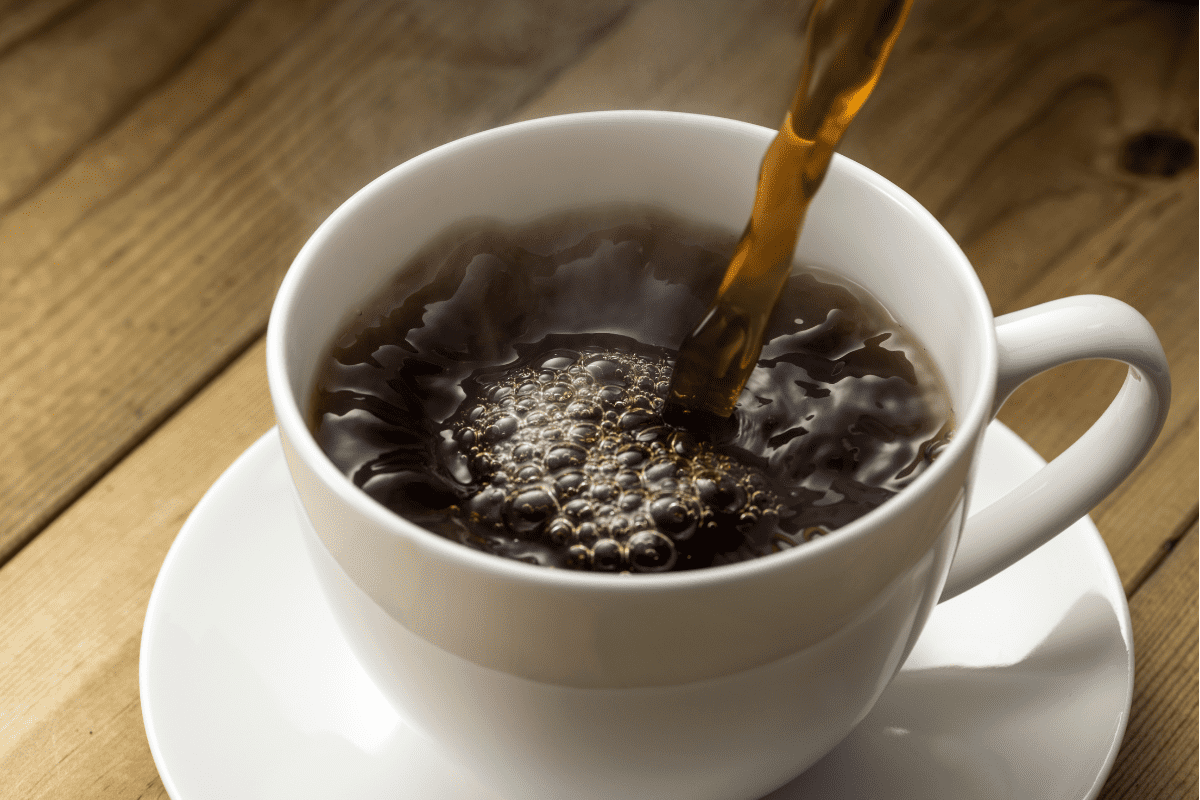 When that alarm sounds in the morning, there’s nothing like those first sips of steaming coffee to get you started. But when those sips present you with a burnt taste,…