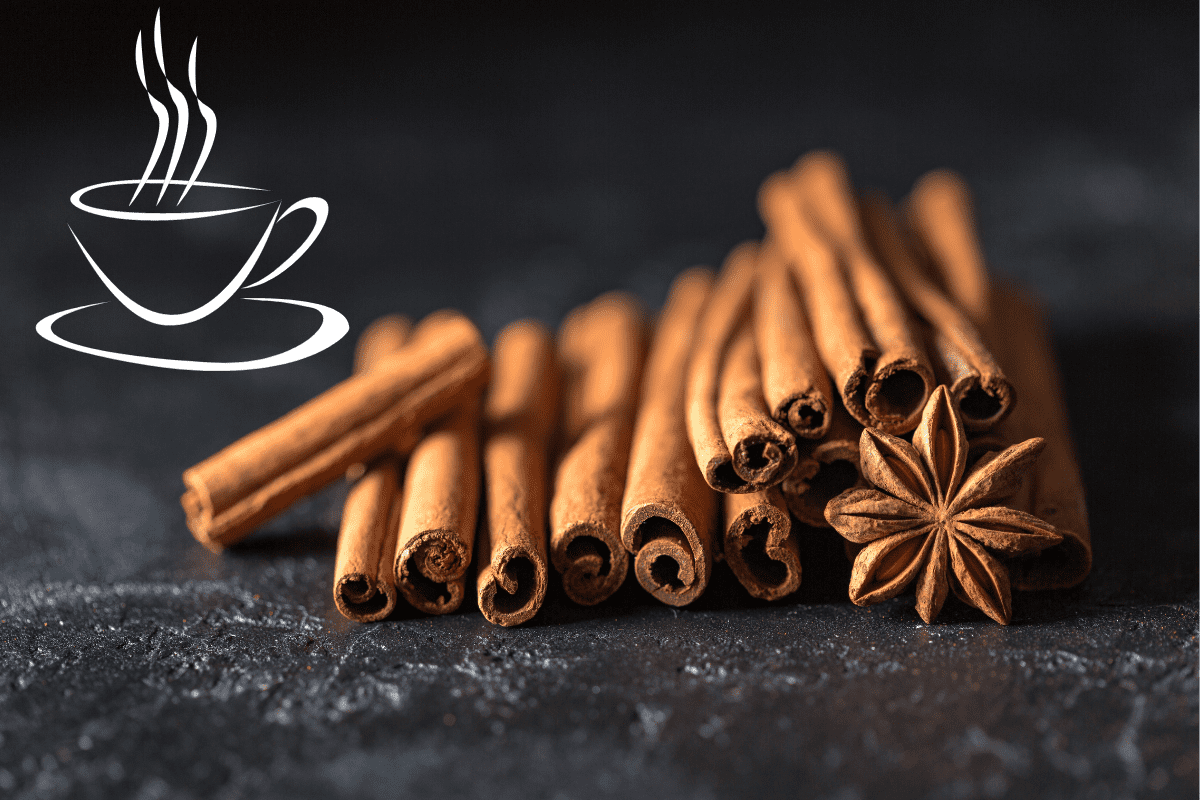 Are you tired of the same old coffee you drink every morning? Maybe you have already tried adding sugar, various creamers, and honey, but you’re looking for something new. Well, cinnamon is a great option to try.

The best way to infuse your coffee with cinnamon is to liberally shake powdered cinnamon on top of the coffee grounds before brewing. Be sure not to mix cinnamon throughout the grounds, as this can lead to clumping and malfunctioning of your coffee machine.

Continue reading to learn how to add cinnamon to a cup of already brewed coffee and cold brew and to learn some delicious coffee recipes using cinnamon. Your coffee will never be bland again!

Why Infuse Cinnamon with Your Coffee?

Cinnamon is actually bark that comes from trees and is an excellent ingredient to add to your morning coffee routine. Not only does it add tons of flavor, but it’s all-natural. Sure, I enjoy those flavored creamers you buy from the grocery store, but those aren’t necessarily the healthiest choice and can make you feel sluggish afterward instead of energized.

Cinnamon is a fantastic alternative to sugar by adding a bit of sweetness without the actual sugar intake, which is especially beneficial for those looking for diabetic or diet-friendly options.

Although delicious, coffee creamers are often highly processed with excess sugar and calories to go along with them. For more info on how many calories are in coffee and all the additives we tend to put in, click here.

When infusing cinnamon in your coffee, you add just enough taste without the negatives that often accompany other options.

According to the Cleveland Clinic, “cinnamon’s benefits are thought to be from one of the antioxidants compounds, cinnamaldehyde, which gives it that rich aroma and flavor and can also reduce inflammation.” They also note that cinnamon may help reduce blood sugar levels and cholesterol.

If you’ve ever tried to dissolve cinnamon in water or your coffee, you’ve most likely noticed that this doesn’t work too well. This is because, as mentioned before, cinnamon comes from the bark of a tree, thus making it very fibrous and insoluble.

Instead of dissolving, powdered cinnamon either comes to the surface of the liquid if finely ground or sinks to the bottom of your cup if more coarsely ground. If you do attempt to dissolve it in your coffee, the particles expand and can create clumps of cinnamon; not very appetizing.

How Much Cinnamon do you Typically add to Coffee?

Regarding how much cinnamon you want to sprinkle on your coffee, I would start with 1/4 teaspoon per 1 cup. Once you brew and taste it, you can always adjust it to fit your preferences.

That’s the fun part about brewing your own coffee; you can always experiment and adjust as much as you like.

Infusing your coffee with cinnamon before it is brewed is ideal to avoid clumping. As mentioned earlier, to do so, generously sprinkle powdered cinnamon on top of your ground coffee. Now, proceed as you usually would and brew your coffee. The result should be a delicious cup of cinnamon-flavored coffee with no grounds clumping it up.

Be sure to sprinkle on top of the coffee instead of mixing within the grounds, as this can lead to clumping and possibly clogging your coffee maker.

Another thing to note: Sprinkling cinnamon on the coffee grounds will only work with a filter coffee and a French Press. If you were to try this method on an espresso or Moka pot, you’d be out of luck, as this would not work.

So, you may ask yourself, “Is there any way to get cinnamon to dissolve in your already brewed cup of coffee?”

One tried and true way to add cinnamon to your coffee after it is already brewed is to mix it beforehand with either honey or syrup. When combining, use 1/2 tsp. of cinnamon and 1 tsp. of honey/syrup. Once the mixture is thoroughly stirred, slowly add the coffee to it, ensuring you are constantly stirring.

If you don’t necessarily want to add honey or syrup to your coffee, you can try adding a cinnamon stick to your drink. The flavor won’t be as potent, but you will still get hints of that cinnamon flavor.

If you are one to enjoy a smooth and flavorful cold brew, then you’re not out of luck when it comes to adding some cinnamon flavor to it. Click on the link to read our guide on making a cold brew at home.

Before preparing your cold brew, grab two to three cinnamon sticks. Break each stick in half and mix them into your freshly ground coffee. Similar to how the coffee grounds slowly infuse the flavor into the coffee, the cinnamon sticks will do the same.

Seep for about 12 hours, and then filter out the coffee. Although this coffee is generally served cold, you can also warm it up. By doing so, the cinnamon flavor becomes more pronounced. You can now enjoy a nice cinnamon-flavored cold brew!

One of my favorites is the Cinnamon Spiced Coffee. It’s super easy to make and tastes delicious. Below is a list of ingredients you’ll need to round up before making this amazing drink.

Simply mix the ingredients listed below in a saucepan over medium heat. Heat mixture until it begins to slightly boil (until sugar is completely dissolved). Be sure to stir the entire time. Transfer to a container and cool.

Now that you have prepared your cinnamon dulce syrup, we can get on to preparing your drink. Once again, you are going to use a saucepan.

Although this drink is a bit more complicated to make and takes some extra effort, I highly recommend trying it at least once. It will definitely impress your friends!

Hopefully, after reading this guide, you are well on your way to infusing your coffee with cinnamon. Once you’ve mastered the basic cinnamon-flavored drinks, you can move on to the Spiced Cinnamon Coffee and the Cinnamon Dulce Latte.

Impress your friends and family, and enjoy!

Can You Use Powdered Sugar in Coffee? Will It Affect the Taste?