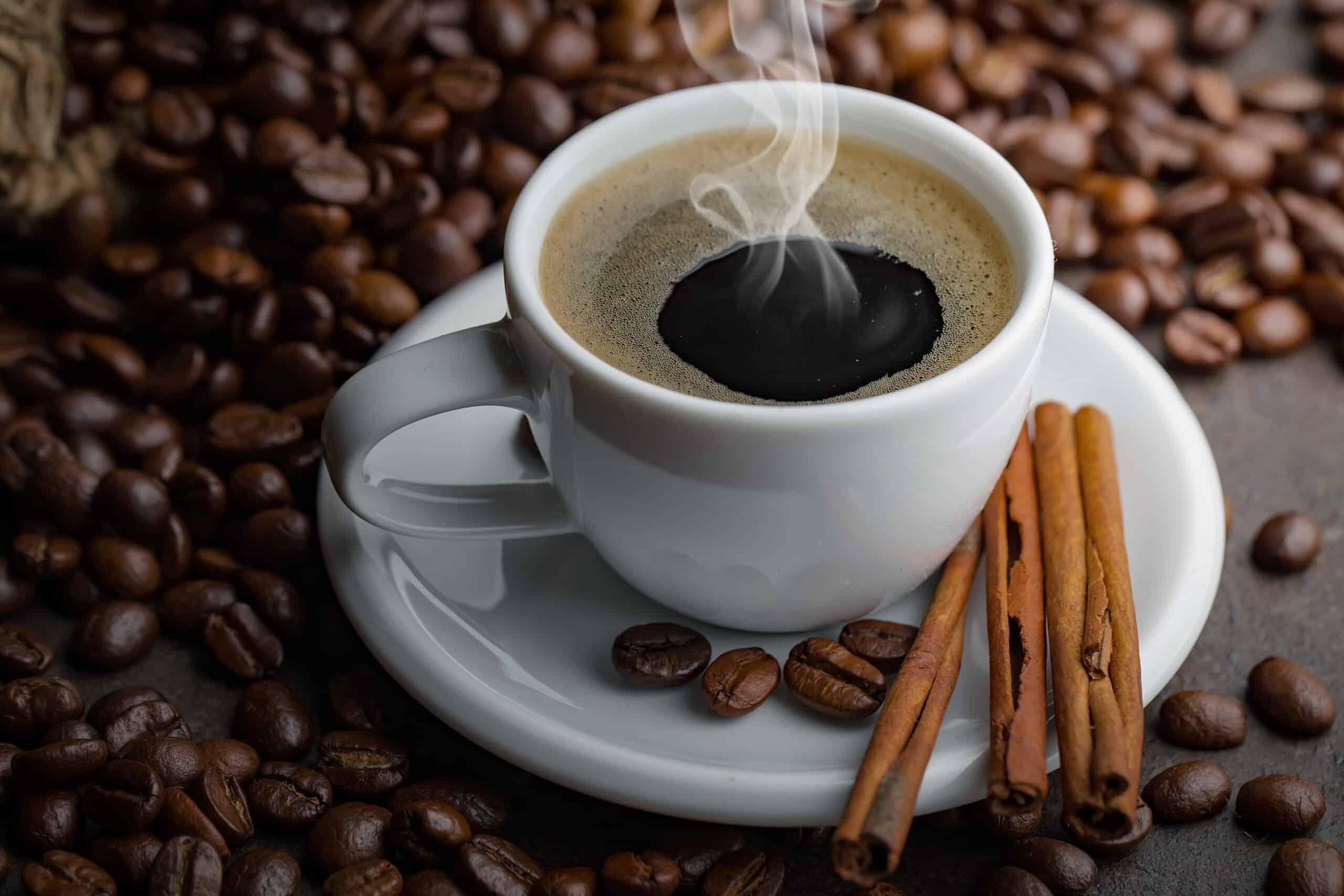 When brewing coffee, you need the correct amounts of water and coffee grounds in ounces to create that balanced ratio that delivers optimal flavor. You’ve heard that six ounces is the standard, but you’ve also heard it’s eight ounces. Which is it?

Six ounces, not eight ounces, is the standard for coffee as well as hot beverages like it such as cocoa and tea. The reason seems to be attributed to the metric system as well as the recommendation of health professionals.

If you’re still a little confused, that’s okay. Ahead, we’ll talk further about what the standard cup of coffee is in ounces so you can start brewing better cups!

How Many Ounces Is a Standard Cup of Coffee?

If you live in the United States and you were to grab a measuring cup right now, the measuring cup would tell you that one cup is eight ounces.

It’s not only your measuring cup that says it. The metric system, which is a standard system of measurement, measures one cup as 250 milliliters. When converted to ounces, that’s 8.45 fluid ounces.

This seems like a pretty open and shut case then, right? A standard cup of coffee is eight fluid ounces. That’s why all your coffee mugs are so big, to accommodate the greater quantity of coffee.

Ah, but if only it was that simple.

Hot beverages such as cocoa, tea, and coffee are not measured in eight-ounce quantities. Rather, they’re measured in six ounces.

It’s six ounces that is the standard for coffee then, not eight ounces.

Here’s a good rule of thumb to keep it straight. For cold beverages, the standard serving size is eight ounces, but for hot beverages such as coffee, it’s six ounces.

Why Is Six Ounces the Norm Instead of Eight Ounces?

Does that still not make sense to you? Let’s delve deeper into why six ounces is the standard for a cup of coffee.

The International System of Units or metric system is the standard almost universally. It’s only in Myanmar, Liberia, and the United States that other systems of measurement are used instead.

If you’re reading this from the US like most of our readers are, then that alone can explain the difference between what your measuring cup reads and what the standard size for coffee is in ounces.

All around the world, six ounces has become the norm for coffee.

Coffee is loaded with caffeine, which is none too good for your health if you ingest too much of it at once.

Overdoing it on caffeine can cause jitters, an elevated heart rate, anxiety and nervousness, restlessness, and irritability. That’s why medical experts recommend that you ingest no more than 400 milligrams of caffeine per day. For more details on what too much caffeine can do to you click here.

These guidelines are good to have, especially when you consider how large coffee serving sizes are at cafés and coffee houses across America. We’re not even talking eight ounces here, but coffee servings of 12 to 24 ounces.

Let’s do a comparison of caffeine quantities so you can see how egregious these coffee serving sizes are!

Six ounces of coffee or approximately 170.1 grams contains 68 milligrams of coffee, which would allow you to sip almost six cups of coffee before you’d hit the recommended 400-milligram limit.

If you’re drinking eight ounces of coffee per serving, a 226.8-gram serving has 91 milligrams of caffeine. You’d get barely four cups of coffee in before you’d hit the caffeine threshold.

For those who can stomach a 24-ounce serving of coffee, this much java is 680.4 grams and has 273 milligrams of coffee. If you drank more than two cups, you’d have already consumed 546 milligrams of caffeine, which is 146 milligrams over the recommended limit.

Fewer ounces as the standard for coffee benefits coffee brewers, cafés, and restaurants as well. One gallon of coffee can make up to 20 cups if you’re serving coffee in 6.4-ounce cups. By upping the quantity to eight ounces, that gallon of coffee doesn’t go quite so far.

Considering that a gallon of ground coffee can cost up to $100, any establishment that serves coffee will want to downsize the cups to get more bang for their buck.

Is Coffee Served in Smaller Cups Than Six Ounces?

While six ounces may be the standard, that doesn’t always mean the standard is abided by.

In some of today’s coffee machines, you’re liable to see coffee options for four or five-ounce servings. Why is this?

To make the coffeemaker look more impressive, that’s why.

If a coffee machine brews 12 cups of coffee but each of those cups is only four ounces, it doesn’t matter. The manufacturer can still use the 12-cup capacity as a marketing talking point, and that’s exactly what will happen.

You might be able to adjust the coffee output in the settings menu of the coffee machine, but that depends on the model.

The type of coffee you drink also plays a role in its serving size.

For example, espressos are usually 1.25 ounces of coffee, and a double espresso is 2.5 ounces. It’s not that you’re being short-changed, but rather, espresso is much more powerful stuff than coffee is.

How to Measure the Right Quantity of Coffee Grounds

Getting back to standard coffee here, we hope you now understand how some coffee lovers can tear their hair out trying to figure out how many ounces of coffee to brew.

To alleviate any lingering confusion, you can always ditch the ounces altogether and make coffee in the following ways instead.

We’ve talked about the Specialty Coffee Association of America or SCAA a lot on the blog recently.

This organization is the founder of the Golden Ratio, which dictates that when adding six ounces of water to your coffee machine, you need up to two tablespoons of coffee grounds (you can also use one tablespoon).

Of course, you can tweak the Golden Ratio according to your preferences, usually by reducing the quantity of water used.

By following the Golden Ratio, you can ensure that you’re using the right amount of coffee grounds and water without stressing about ounces or cups.

Another option to consider is investing in a coffee scale.

The best coffee scales feature measurements in both ounces and grams so you can switch between the two as needed. The scale should have a capacity of up to 2,000 grams as well.

A coffee scale can increase the precision of your coffee-brewing process and improve your consistency. If you’re making mistakes in measuring out your quantities, it’s easier to discover that with a coffee scale.

You can then rectify your issues and save coffee beans, which will put more money in your pocket. For more detailed information on coffee scales and what scale we recommend click here.

We saved what is the most convenient option for last. Rather than measure out anything in a cup or a scale, use a K-Cup.

K-Cups are compatible with all types of coffeemakers these days, not only Keurigs. Many coffee machines will take care of puncturing the aluminum lid so you don’t even have to do that.

We should note that not all K-Cups are created equal. Some are undoubtedly higher-quality and thus better-tasting than others.

On top of that, be aware that you get a lot fewer coffee grounds using a K-Cup than you do when scooping your own grounds. For more info on K-Cups, check out our other article “Can you use K-Cups twice.“

For fast and easy brewing though, K-Cups reign supreme.

The standard cup of coffee contains six ounces rather than eight ounces to control caffeine intake and follow the almost universally-used metric system. If you find measuring six ounces of coffee is too confusing first thing in the morning, brew a K-Cup instead or use a coffee scale! 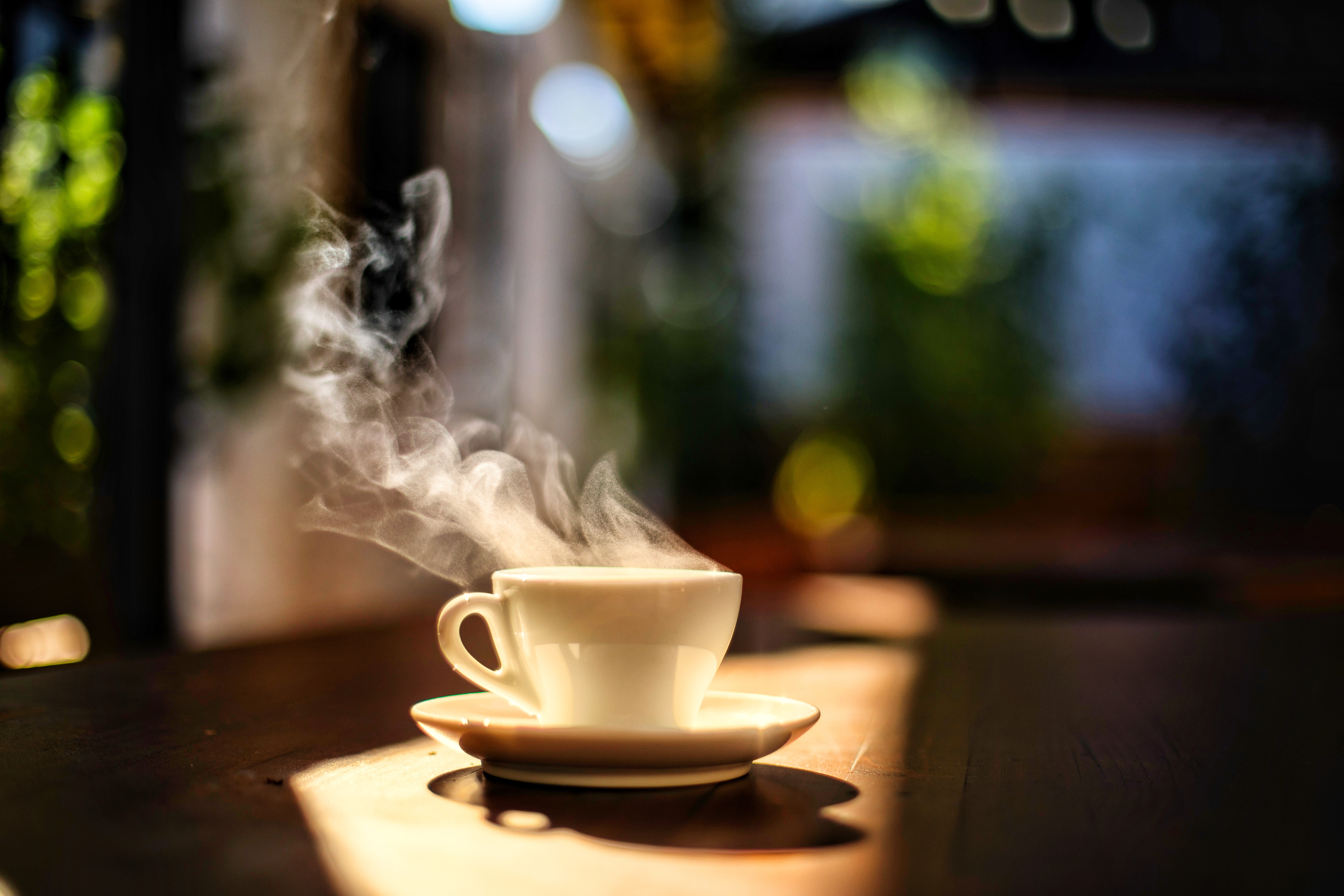 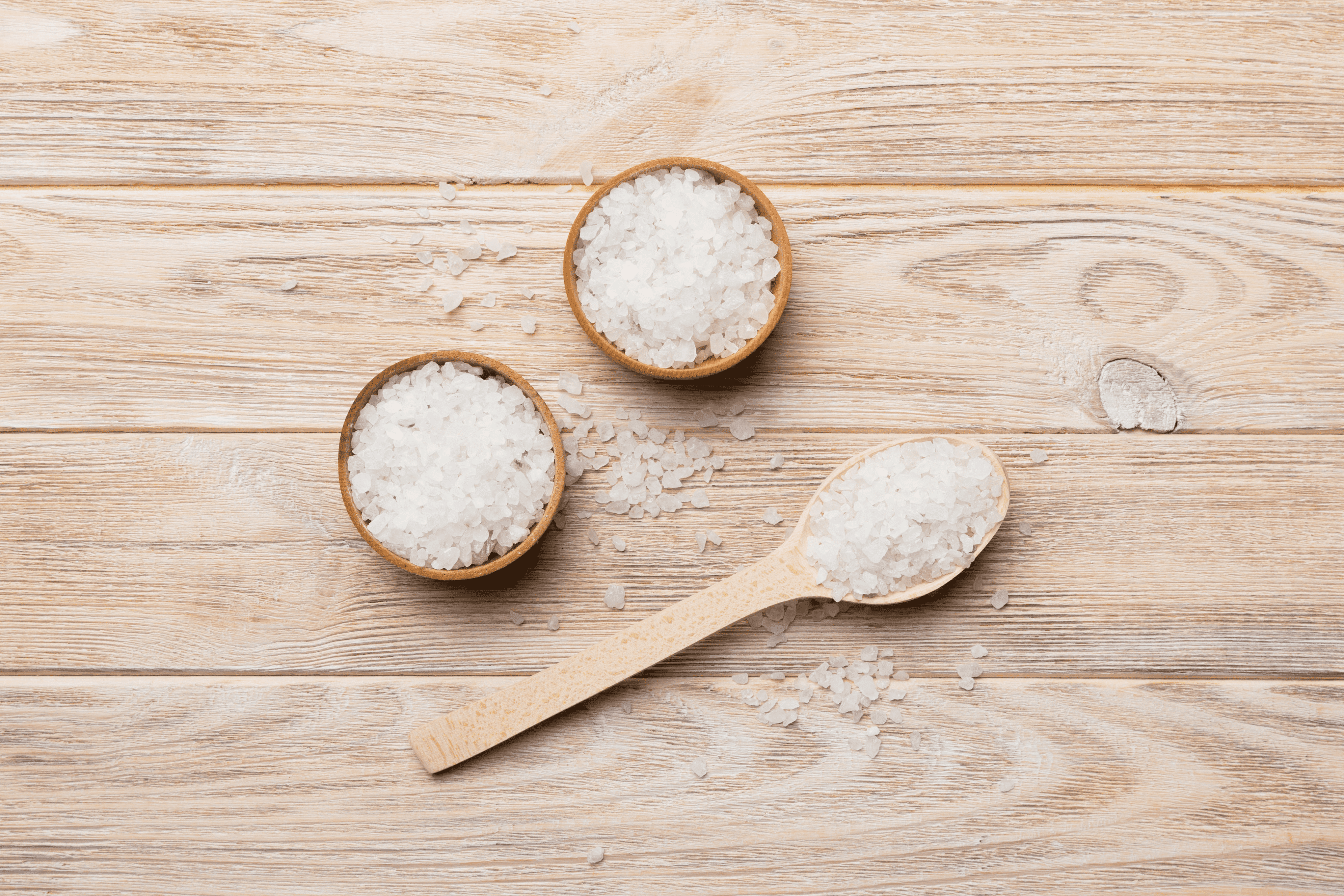