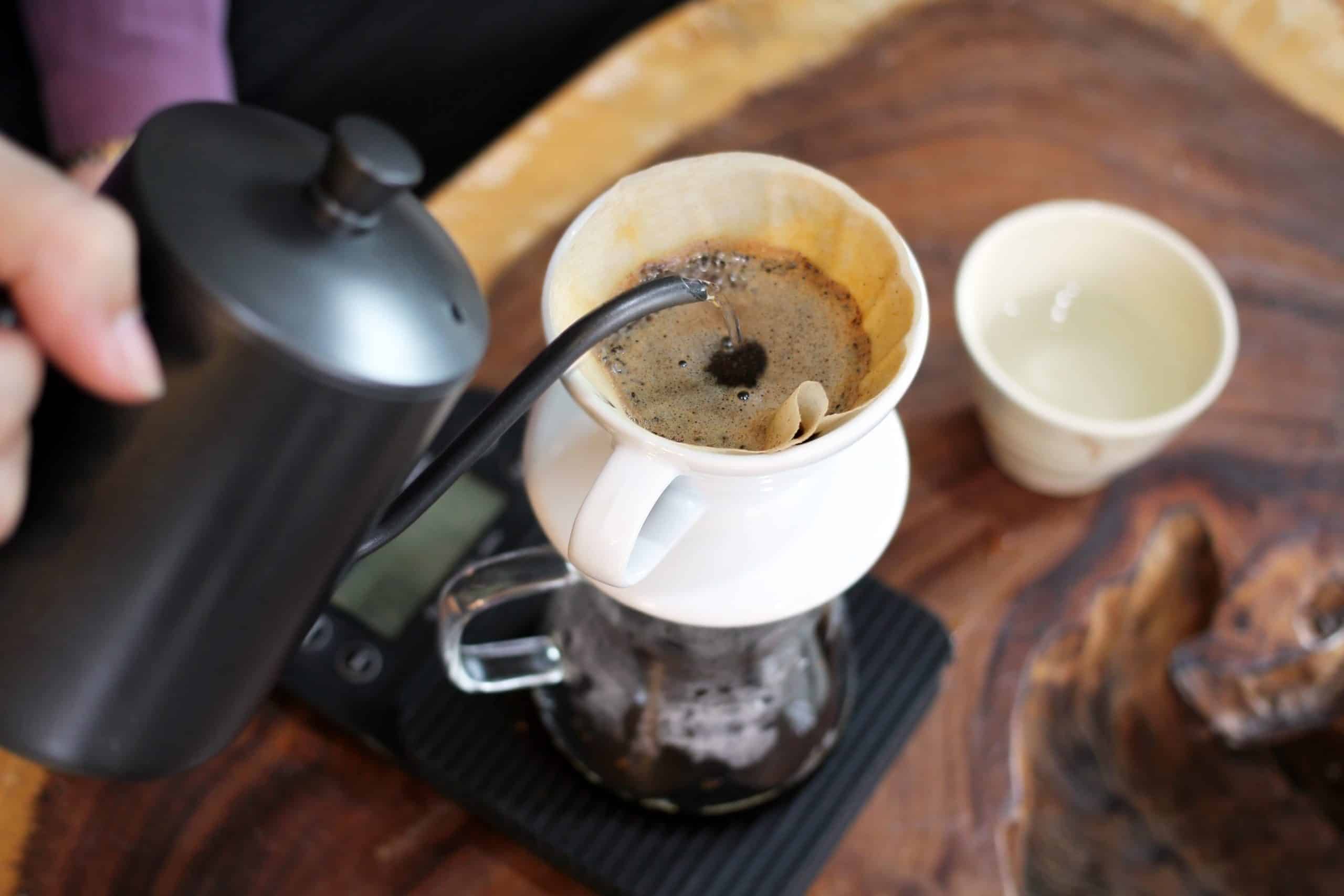 You had a root canal done yesterday. While your smile looks better, your mouth is still pretty painful. You’d like to start your morning with a cup of coffee, but then you hesitate. Is coffee the best drink to consume after a dental procedure like a root canal?

You should not drink hot coffee and other warm beverages after a root canal. The heat of the coffee could interrupt gum tissue regeneration, making the root canal less successful. You can usually sip lukewarm or iced coffee though.

Ahead, we’ll talk in more detail about why hot coffee isn’t allowed after a root canal as well as which other foods and beverages you should avoid. We’ll also discuss when you can finally drink a steaming cup of coffee again, so make sure you keep reading!

You Can’t Feel Your Mouth After a Root Canal

Your mouth is anesthetized during a root canal. Even after the procedure, your mouth might be extremely numb, which will make eating and drinking difficult. You won’t easily be able to feel your tongue, cheeks, gums, or lips.

It’s for that reason that hot beverages and foods are not recommended. You can easily burn yourself without being able to use your mouth to perceive how much coffee you’re drinking. You just had a root canal and your mouth can be quite sore. You don’t want to add to the pain with facial burns, some of which can be serious!

Iced coffee or even lukewarm coffee pose far less of a burn threat, so those drinks are allowable after your root canal. However, if you’re sensitive to sugar, then an iced caffeinated beverage could irritate your mouth. Also, avoid chewing the ice in your iced coffee, as it’s too hard on your teeth right now.

Here’s another reason you shouldn’t drink hot coffee after a root canal: the beverage might interrupt the healing process.

After the procedure, your gum tissue will begin to grow back, as it can regenerate in most people unless you have receding gums. The gums however are already sensitive post-root canal. When you flood them with hot coffee, their regeneration can slow down, dragging out the healing process.

Healing after a root canal is supposed to take days, but your dietary choices could delay the recovery to weeks. That’s considered a rarity and will likely necessitate extra appointments with your dentist and possibly further procedures. Iced coffee should not cause the same effects.

What Other Foods and Beverages Are Off-Limits While You Recover from a Root Canal?

Hot coffee isn’t all you have to give up in the hours and days after your root canal. Here are some other beverages and foods to avoid as your mouth heals.

Sorry, you can’t treat yourself to a celebratory drink after your root canal, at least not right away. In some instances, drinking alcohol has been tied to causing post-root canal bleeding, which would be another dental emergency.

Alcohol, like hot coffee, can also prevent your gums from regenerating at their normal pace, delaying the healing process.

From jerk chicken to jalapenos, peppers, and spicy broth, these foods are not allowed for the time being. Your mouth is more sensitive than usual, which you’ll feel as soon as you try to eat a spicy meal. It will be too much for you to get through.

If you normally refresh your breath with a stick of gum, you’ll have to try mouthwash. Sticky candy like gum, taffy, and gummies all must be avoided for a while after your root canal. Remember, you just got a crown put in your mouth. Although it’s adhered with dental-grade cement, sticky candy could pull the crown right out.

The chewiness of bread could in some cases remove your tooth’s crown as well. Plus, that’s a lot more chewing than you’re going to feel comfortable doing right now. Skip the bread for a little while.

A crunchy, toothsome carrot is a great food to incorporate into your diet any other time than after a root canal. One bite into a carrot and your mouth is going to be quite sore. You also risk dislodging the crown.

It’s the same situation with apples, as munching on a firm, crisp apple will be torture for your mouth right this minute. Even if you cut the apple into thin slices, it’s not a great idea for you to eat this fruit. Try avocados, melons, papayas, mangoes, or bananas instead, as all are much softer.

You probably understand by now why you shouldn’t eat nuts after a root canal. No nut is soft enough to not hurt your teeth as you snack. Even though nuts are healthy any other time, for now, you have to forego them.

When Can You Drink Hot Coffee Again After a Root Canal?

You’re chomping at the bit (well, figuratively, of course) to sip a glorious cup of steaming black coffee. When will you be able to get back to your beverage of choice?

We recommend asking your dentist or endodontist for specifics. Most root canal patients can resume enjoying hot beverages about 24 hours after the procedure. By then, all numbness from the anesthesia should have fully worn off.

If your dentist gives you the go-ahead to drink hot coffee again, don’t rush back into it. Take a sip, savor the coffee flavor, and gauge how your mouth feels. If you have a twang of pain or other discomforts, then maybe the coffee is too hot. Let it cool a little and sip again.

Should you still be in pain at that point, then it might be too soon for you to drink hot coffee. You should call your dentist or endodontist and ask for their recommendation. They might tell you to wait a few more days to have hot beverages, even a week. You should be healed enough then that your mouth will be less sensitive.

Other Ways to Get Your Energy Fix After a Root Canal

Hot coffee is the go-to for many people who have a busy day on their schedule, but it’s far from the only energy-boosting beverage available. While you wait out the days until you can drink hot coffee again, keep up your caffeine fix with these root canal-friendly drinks.

As we discussed earlier, iced coffee is allowable after a root canal as you begin to regain sensation in your mouth. Since you should avoid the hard ice, we’d advise you to drink through a straw so the ice can’t slide into your mouth.

Okay, energy drinks are admittedly far from the healthiest beverage out there, but on your limited diet, you can make an allowance or two.

Unlike coffee, in which you need a few cups to get you through your day, one can of energy drink will take you pretty far.

Most teas are drunk hot, but some taste better cold with ice. Peppermint tea is one of them. The compounds in the tea boost your energy naturally, which means less of a crash later. You can also rely on peppermint tea for reducing migraines and headaches as well as upset stomachs.

If you’re trying to sleep after a root canal but your mouth hurts, peppermint tea might be able to soothe your muscles so you can finally slip off into dreamland.

As an FYI, peppermint tea is un-caffeinated, but it gives you energy as though it had caffeine.

You should also try yerba mate, a caffeinated drink that comes from a plant called the Ilex paraguariensis. The leaves of this plant contain caffeine already, so then it’s just a matter of harvesting the leaves, drying them out, grinding them down, and steeping them in water.

One cup of yerba mate has around 85 milligrams of caffeine, which is slightly less than a cup of coffee.

Drinking hot coffee after a root canal can impede healing and lead to burns if your mouth is still numb from the anesthesia. Iced coffee is just fine though, as are beverages like yerba mate, peppermint tea, and energy drinks.

Although it’s tough to start your morning without your usual hot mug of coffee, refraining for a day or two will allow your mouth to heal so you can enjoy all sorts of foods and beverages again pain-free!