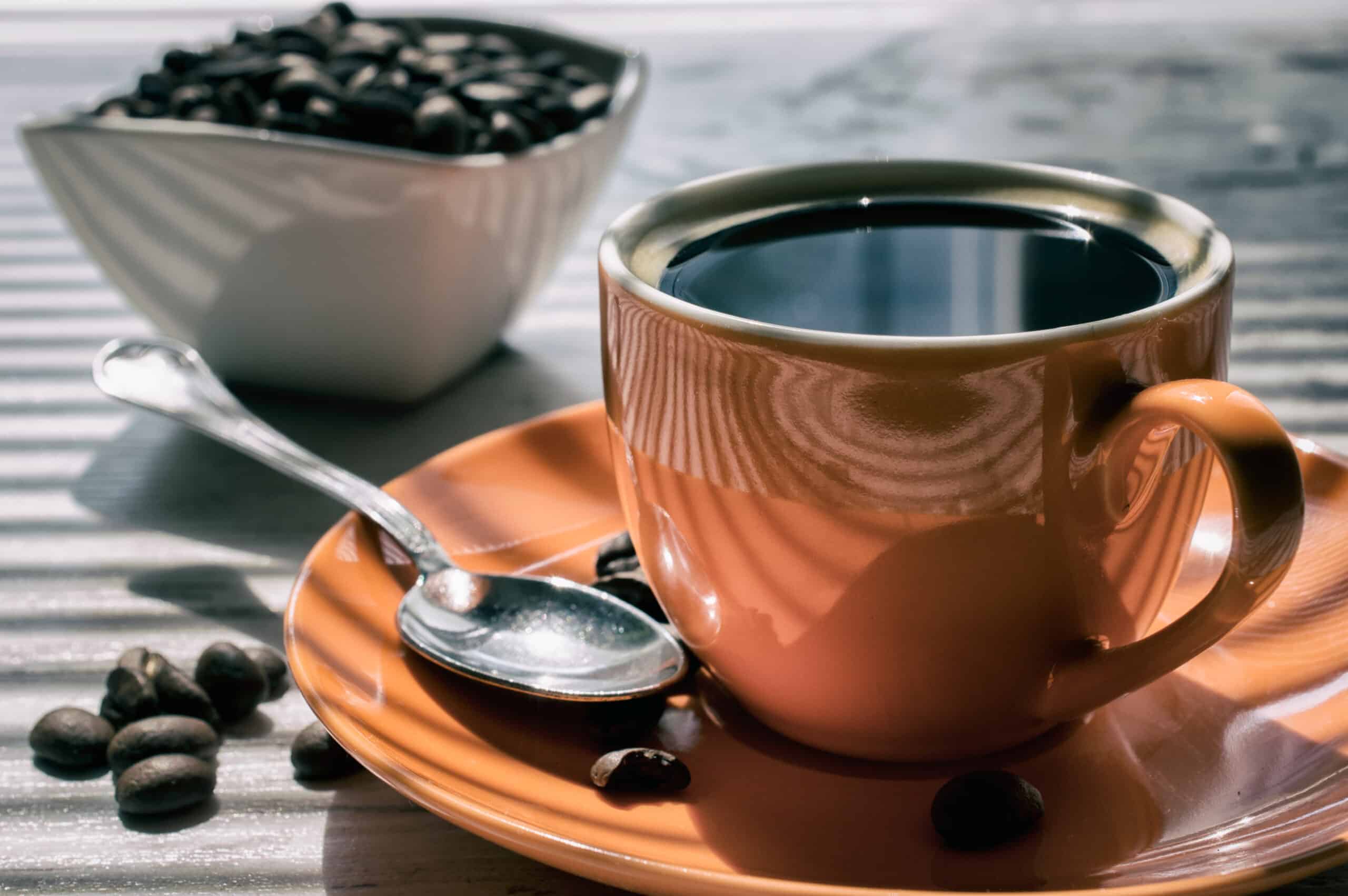 When you wake up in the morning, you feel like a literal zombie until you’ve had your coffee. You don’t want to trudge into work looking disheveled with a brain that’s on vacation, which is why your first cup of coffee needs to be strong. What’s the strongest roast out there?

The strongest coffee roast is a light roast, not a dark roast. Light roast coffee beans maintain their density better so they carry marginally more caffeine than dark roasts. That bit of extra caffeine could be the jolt you need to get through the day!

In today’s article, we’ll delve further into the strongest coffee roasts, including tips on how much strong coffee you should consume to feel energized but to ward off the caffeine jitters. You won’t want to miss it!

Light Roast vs. Dark Roast – Which Is the Strongest?

Do you roast your coffee beans until they’re black because you want the most caffeine? Or maybe you just buy them that way then grind and brew them yourself, again for the same reason.

There’s something to be said for lighter roasts as well. Between light and dark-roasted coffee, how you measure the beans proves definitively which one is the more caffeinated coffee roast.

You might have always thought that the longer the roasting time, the more caffeinated the bean. Now you’ve finally seen the light and realize that blonder roasts could be the key to getting the caffeinated goodness you so require in the mornings.

What Makes for Strong Coffee?

Is it only the roasting time that increases the caffeination in every cup of coffee? Not at all. Several other factors are at play as well. By maximizing them all, you could be on a caffeine kick in no time.

Coffee beans can be divided into one of two types, Arabica or Robusta.

Arabica coffee beans are sourced from the Coffea arabica tree. Most coffee from around the world is Arabica, up to 60 percent. It’s also likely the original coffee bean source over Robusta.

The Coffea robusta is the plant that grows Robusta fruits that later mature into coffee beans. Roughly 43 percent of all coffee in the world uses Robusta beans, so they’re less common but still widely distributed.

Robusta coffee beans offer about twice the caffeine as Arabica beans, so their infrequent status can be a little upsetting to those who crave caffeine.

Steeping is a process that tea and coffee lovers should be innately familiar with. By soaking the coffee beans, you can draw out their full depth of flavor.

When brewing coffee using machines such as a French press or a drip coffeemaker, the recommended amount of steeping time is up to five minutes. This isn’t very long when you consider that some coffee aficionados will steep their beans for hours before roasting.

Although you can’t let coffee beans steep indefinitely, by giving them hours instead of minutes to steep, they’re going to be stronger and thus more caffeinated.

How do you grind your coffee? If you prefer the beans very fine, then you’re getting the max amount of caffeine per bean. You’re also ensuring your coffee never has clumps of beans at the bottom of your cup.

A coarser grind is chunkier but not as caffeinated. The reason is that the longer the coffee beans spend in the grinder, the more caffeine they release.

If you do your grinding at home, you have more power over the caffeination of your coffee than you perhaps ever realized!

Lastly, the way you take your coffee can also influence whether it’s moderately caffeinated or much more so.

Two-minute brewing processes are nice because they produce coffee fast, but that cup will contain less caffeine than coffee that’s brewed for 10 minutes. That’s usually because steeping time is a part of the brewing process, and you already know that time increases coffee’s caffeination.

What Is the Strongest Coffee in the World?

With thousands of coffee brands and companies across the world, many of them want the distinction of having the strongest cup of coffee hands-down. It’s a claim to fame that will undoubtedly attract attention.

Lots of coffee brands say theirs is the strongest cup, but which company truly crams in the most caffeine?

Yes, you read that right. Not 555 milligrams of caffeine, but 1,555 milligrams. You’ll never have another sleepy morning again if you start the day with a cup of Devil Mountain Coffee Black Label.

How Much Strong Coffee Should You Drink?

According to Mayo Clinic, healthy adults should ingest no more than 400 milligrams of caffeine per day.

You can see then where there’s an inherent risk in drinking coffee from brands like Biohazard Coffee, Black Insomnia, and especially Devil Mountain Coffee.

If you must have a strong cup of coffee like in the vein of those we discussed in the last section, there’s no need for more than one cup. With that much caffeine flooding your body, you’re not going to have to worry about your energy levels for several hours.

Eventually, as the effects of the caffeine wear off, you’re going to crash. Your crash will likely be more pronounced than if you had drunk a regular amount of caffeine. That can leave you even more exhausted than you were before you had your coffee!

Caffeine Jitters? How to Calm Down

Consuming caffeine will sharpen your focus and alertness, but the substance carries with it many risky side effects. These include headaches, confusion, tiredness, irritability, nausea, diarrhea, fast pulse and heart rate, and jitters.

If you find yourself feeling positively dreadful after consuming too much caffeine, here are some tips that will help you find your center and calm down enough to resume your day.

When you get caffeine jitters, that’s your body’s way of telling you to stop drinking coffee immediately. You should avoid all sources of caffeine for the rest of the day, including soft drinks, caffeinated teas (non-caffeinated teas are fine), energy drinks, chocolate, and some supplements.

Drinking water isn’t only a wise choice because it’s non-caffeinated, but the beverage can make up for the dehydration that caffeine can cause. After all, caffeine acts as a diuretic, which explains why you’re always running to the bathroom after having coffee.

Each time you urinate, you’re losing fluids. If you’ve consumed caffeine to such excess that you’re jittery, you could already be quite dehydrated. Drinking water will help to an extent, but you need to restore lost electrolytes too.

You can either sip on energy drinks or even mix some salt into your water (gross, but it works!).

When your thoughts are running a mile a minute and your heart won’t stop pounding in your ears, it’s easy to get panicky. Your freaking out is only going to make the above side effects even worse.

Try to tune out everything happening to you and just focus on your breathing. Slowly inhale, hold your breath for a moment, and then exhale. Keep doing this until you naturally begin to feel calmer.

Your anxiety will lessen, which in turn will allow your heart rate to slow somewhat.

Get Some Fresh Air

You’re very energetic right now and staying inside can make you feel cooped up. Expend some of that caffeine energy by taking a walk. Keep your pace leisurely, as you’re not trying to increase your heart rate even further!

To get the most caffeine out of your coffee, choose a light Robusta roast, let it steep for a while, and grind it finely. You’ll have the energy to spare! You can also try consuming a heavily caffeinated brand of coffee, but then you’re likely to end up with a severe case of the jitters.