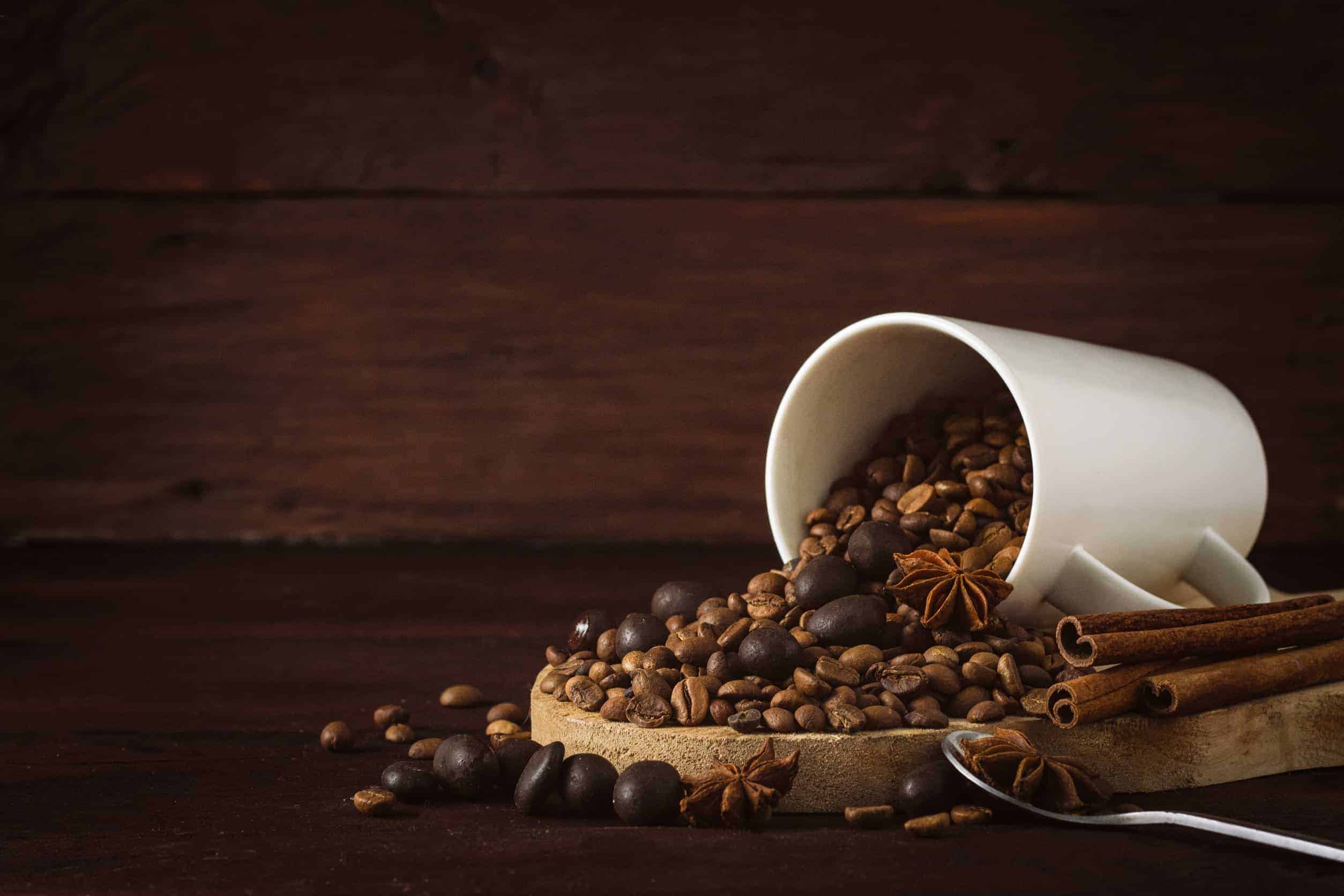 You could try roasting chocolate-covered coffee beans, but it might not go as well as you’d imagine. The milkfat in the chocolate can interrupt the grinding process, which would lead to a chunky grind. As the chocolate melts during roasting, it could burn or gunk up your coffee machine.

In this article, we’ll tell you exactly what to do with chocolate-covered coffee beans, including how to eat them and why you probably shouldn’t roast them. Make sure you keep reading, as we have lots of great information ahead!

Should You Roast Chocolate-Covered Coffee Beans?

The gift of coffee beans is one you don’t want to pass up. After all, who knows what kind of delectable, high-quality coffee could await you if you grind and roast the beans?

Perhaps rather than curiosity, you want to roast your chocolate-covered coffee beans out of necessity. You hadn’t realized that you were running out of ground coffee until your empty canister stared you in the face this morning. It’s either the chocolate-covered beans or no beans.

That’s the thing about chocolate-covered coffee beans. They’re meant for snacking, not for roasting. Here’s why.

Before you could even try roasting the beans, you’d have to grind them, and that’s where your first issue could arise. Most chocolate contains milkfat, which is also known as butterfat.

Milkfat is added to chocolate during production to soften it, including your chocolate-covered coffee beans. The milkfat can prove difficult for your coffee grinder to get through. The coffee beans will be sliced and diced but in a wildly varied consistency. You might even still have chunks of coffee beans in there.

FYI, chocolate is usually made without milk, so you wouldn’t have the milkfat issue.

Even still, there’s yet another problem with roasting chocolate-covered coffee beans, whether they’re coated in dark or milk or even white chocolate. Chocolate melts fast.

It only takes temperatures between 86- and 90-degrees Fahrenheit for chocolate to reach its melting point. If you’ve ever bought chocolate on a hot summer’s day and not eaten it right away, you know all too well that it doesn’t take much to melt chocolate.

To roast coffee, the ideal water temperature range is between 195 and 205 degrees. That’s 100 to 200 degrees higher than what’s required to melt chocolate.

You can guarantee then that during the roasting process, the chocolate is going to melt. Then, as the sugary liquid puddle is exposed to more heat, it’s going to burn.

You usually love the aroma of chocolate, but we can assure you that will no longer be the case once the stuff is liquefied and burning in your coffeemaker. The smell of burnt chocolate is a strong one, and it’s most unappealing. As if that wasn’t bad enough, the smell tends to linger for much longer than you want it around.

So let’s combine all these factors. You have coffee beans that didn’t grind consistently, which is going to affect the coffee texture. The chocolate that you thought would augment the coffee will burn and smell bad.

You can see now why chocolate-covered coffee beans are ill-recommended for grinding and roasting. You’ve decided not to use them for that purpose, but what are you supposed to do with the sweet beans?

Eat them, of course!

Coffee beans that are sold as confectionary are likely not going to be green, so they won’t have that raw texture and bitter flavor you might have heard about. Instead, the beans will have been lightly roasted to bring out their brown color and to heighten their flavor and aroma.

The texture of roasted coffee beans is softer compared to munching on the beans raw. The beans will have delectable flavor notes such as caramel, nuts, and smoke. That’s compared to the grassy and earthy taste of raw coffee beans.

Once you swallow one chocolate-covered coffee bean, you might want to eat another and then another.

We encourage you to limit consumption, and no, not just because of the chocolate. Coffee beans, as we’re sure you know, contain caffeine.

One Arabica coffee bean has between five and 10 milligrams of caffeine. If the beans were plain, you could ideally snack on 40 coffee beans per day and as many as 80 without feeling jittery or nervous from all the caffeine.

However, by adding chocolate to the mix, you’re consuming more caffeine than you would by ingesting the coffee beans plain. An ounce of dark chocolate, which is 28.4 grams, contains 12 milligrams of caffeine. Milk chocolate has nine milligrams in the same serving size.

You’d have to limit your consumption to avoid overdoing it on the caffeine, as addictive as chocolate-covered coffee beans are!

If you’ve only ever drunk your coffee, eating coffee beans opens a whole new world of possibilities. You don’t have to take the time in your busy morning schedule to brew coffee. You can just chew on a few coffee beans when you need a burst of caffeinated energy.

Can eating coffee beans help you drop a few pounds too? There’s evidence that that just might be the case.

A Daily Telegraph article from 2013 cites research that states that coffee bean consumption could be beneficial for weight loss.

There’s one caveat: you have to eat your coffee beans green and raw. The unroasted beans have chlorogenic acid. The acid can reduce your concentrations of blood glucose, regulate hormones, reduce your cholesterol, and activate fat metabolism. Your body might begin burning the fat stored in your liver. Coffee beans are low-calorie as well.

Altogether, this could result in weight loss. However, you wouldn’t be able to slather the coffee beans in chocolate and still expect to slim down. Also, as we mentioned before, you can’t eat coffee beans to your heart’s content.

The average recommended amount of daily caffeine in your diet should be no more than 400 milligrams. If you eat 40 to 80 coffee beans and drink no other caffeinated beverages (such as soda as well as coffee) for the rest of the day, then you shouldn’t exceed that limit.

Consuming caffeine to excess can speed up your heart rate, raise your blood acid, and even lead to stomach pain and seizures in the most severe cases. Death is also likelier the greater the quantities of caffeine you ingest, so be careful!

How to Infuse Chocolate Flavor into Your Coffee

You’ve started eating chocolate-covered coffee beans (only here and there), and you love the melding of flavors. You can’t help but wish you could have chocolatey goodness in your cup of coffee as well.

Who says you can’t? Rather than roasting chocolate-covered coffee beans and dealing with a sticky, melted, burnt mess, you can always pour a tablespoon of cocoa powder into your coffee. Stir it well to avoid any clumpy or powdery residue. Sample the coffee, and if you think it needs more cocoa powder, add it to your preferences.

Chocolate-covered coffee beans are a delicious and sweet way to get your daily dose of caffeine, but you should not grind or roast the beans. The chocolate will melt and burn in your coffeemaker, leaving you with a big mess to deal with. The coffee won’t smell or taste nearly as good as you were hoping either.

If you want the taste of chocolate in your morning brew, you can’t go wrong with a dash of cocoa powder!